GreenfieldCities was cordially invited to meet with the Women’s Committee of the Jordanian Parliament. This Parliamentary Committee is responsible to defend and promote the interests of women in Jordan. Parliament Member Dr. Reem Abu Dalbouh from Mafraq chaired the meeting and stated to be impressed with the efforts of GreenfieldCities to extensively consult young women from Mafraq as part of the feasibility study for the Youth Business Campus in Mafraq. All Parliament Members of the Women’s Committee discussed the approach with GreenfieldCities and helped to further shape the women empowering conditions in the design of the Youth Business Campus.

A specific goal for the Campus is to create attractive living, learning and working conditions for young women in order to increase female labor participation (<15%) in Mafraq. Young women in Mafraq excel at high school and universities (more than young men), but have much less opportunities for valuable employment opportunities in Mafraq due to economic and cultural barriers. GreenfieldCities aims to unlock the capacities of these young women on the Youth Business Campus.

More and more people are fleeing wars and natural disasters. Wageningen University & Research  is doing research on the background to migration and the reception of refugees in Jordan, the Congo, Lebanon, Bangladesh and Uganda. In an article on the subject, GreenfieldCities is mentioned as an innovative initiative in this context.  The article by Alexandra Branderhorst is here. 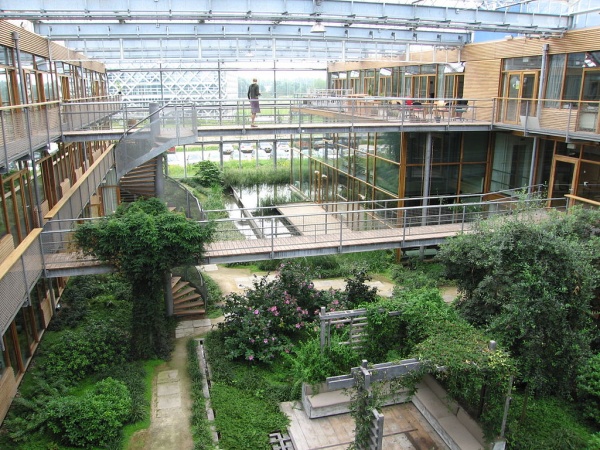 Leading knowledge partner,  Wageningen University & Research (WUR)  contributes to many solutions that can help alleviate the global forced migration crisis. Today WUR clarified some of their capabilities and aspirations in an online publication.  GFC is mentioned as well.

GreenfieldCities is hiring staff in Jordan and working diligently on establishing offices in the city of Mafraq. A meeting with Governor Hassan of the Governorate of Mafraq triggered the following press release from his office that was picked up by several media in Jordan. 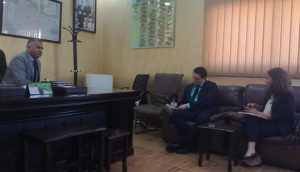 Hassan, the governor of Mafraq Governorate, stated that he will provide support for GreenfieldCities in Mafraq so it may develop its investment and economic projects to the fullest, create relevant job opportunities for people in the region, and reduce the problem of poverty in some areas. He added in his meeting with the country director of GreenfieldCities that he will seek collaboration with the relevant authorities to provide all the required facilities for investment in Mafraq Governorate.

The Governor pointed out that the King Hussein Bin Talal Development Area is eligible for this purpose. Extending special advantages to investors, it attracts development projects that contribute to job opportunities and advance the Mafraq economy and development. He emphasized the continuous efforts of the government to foster investment opportunities and development in the area, under the guidance of His Majesty King Abdullah II Bin Al Hussein.

Hedzer Roodenburg Vermaat, the Country Director of the Dutch organization, praised the efforts of the Governor of Mafraq to provide the necessary support and facilities for the development of the investment project and the creation of 1500 job opportunities in the upcoming years.

He was keen to point out the selection of the Al-Mafraq Development area, due to the availability of services and facilities required for the implementation of this investment project, which will begin soon. The meeting was attended by Mohammed al-Ziyud and Ahmed al-Shadifat from the office of the Governor of Mafraq and Rana Al-Majali of the accompanying GreenfieldCities’ delegation.

The original press release in Arabic is here.

The following websites and media channels picked up the news:

Prof Dr. Rob de Wijk of the The Hague Center for Strategic Studies suggests that it is time for more more structural solutions for forced migration and signals growing international political support for this idea. This requires radical different thinking and long term commitment and professor de Wijk mentions GreenfieldCities as an interesting initiative in this respect.  The article (in dutch) can be found here.